Cyprus’ Response to a Turkish Natural Gas Pipeline to Israel

by erpic-manager on June 14, 2017 in Uncategorized with No Comments 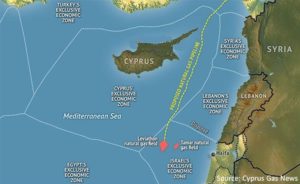 It has been reported for several years that Turkish official and commercial circles have approached Israeli authorities, and Israeli energy companies, with proposals regarding the purchase of Israeli natural gas found in the Israeli Exclusive Economic Zone (“EEZ”). Such proposals include the construction of a deep-water pipeline to the Turkish coast. In the event that such proposals materialise, and a pipeline is in fact built, there is a high probability that it will have to cross Cyprus’ EEZ.  Hereunder, we examine the rights of the Republic of Cyprus regarding this matter.

Cyprus’ Resonse to a Turkish Natural Gas Pipeline to Israel.pdf